Enter the security code shown above

Power MOS FET (Metal-Oxide Semiconductor Field Effect Transistor)Since there is no electric charge accumulation like a bipolar transistor, it excels in the high-speed switching characteristic, and notching distortion is not generated in a high region, but the distorted characteristic which was excellent over the large zone can be acquired.
Also, a voltage-controlled device to the input signal voltage applied to the gate only to the power amplifier, and you can do great demand signal bipolar transistor power compared to the early stage of the drive stage is small enough power for the device and , you can choose a good device.
furthermore, a high gain — since an element, the number of magnification stages can be lessened, and stability can be raised by the simplification of a signal course.
And the region’s large current to the negative temperature coefficient is some element of the current is caused by abnormal increase pellet temperature is soaring and the negative temperature coefficient for the current direction of working to reduce the temperature will drop to The element of self-defense to prevent the destruction of property.
Moreover, it also has the features, such as having the outstanding high region characteristic and linearity.

It consists of a powerful output stage and a power-source part, an output stage is constituted from a triple push pull of MOS FET, and a margin called PD(drain maximum loss electric power) 600W is given so that low impedance load can also fully be borne.

The bridge drive switch is carried and it can be used also as Oide power power amplifier.
By the principle’s of operation inputting the signal of negative phase into each amplifier by the same ripple, and connecting a speaker to the output of both amplifier, the voltage impressed to a speaker becomes twice and can take out 4 times when operating one set of amplifier theoretically as many outputs.
By this system, there is also a merit that eventh higher-harmonic-wave distortion is canceled for a negative phase drive, and the characteristic is improved. Moreover, since the energy which flows from a power source flows alternately with plus and minus and the energy of only one way does not flow into both amplifier, it is possible to mean that the rate of power source variation on appearance was improved, and to send out energy with a good linearity to a speaker.

The cascode connection push pull composition adopted as P-300X or M-100 grade is adopted as a predrive stage.
A cascode is a circuit used for high frequency like the front end of a tuner, it does not generate a Miller effect but the high region characteristic is excellent. furthermore, the base before a linearity is good to the full limits of an element and applying NFB — the characteristic is improved sharply.

In order to strengthen the power source of a preamplifier part, the rectifier circuit of the right-and-left channel was made to become independent, and is prepared in each print circuit board.
Furthermore, it strengthened with the power regulator and low impedance-ization is realized over a broadband.

The Subsonic Filter is carried in order to remove a super-low-pass noise.

– Carry the Attenuator which changes at a 1dB step to 20dB.

The logarithm compression type peak level meter carrying a hold switch is carried, the Direct reading of the output electric power of dB value and 8-ohm addition can be carried out, and a peak hold is also possible by changing.
A peak value in the meantime is held with the sampling period in every 3 seconds at the time of a peak hold.

The speaker change mechanism by output relay is carried.

Only logged in customers who have purchased this product may leave a review.

There are no reviews yet. 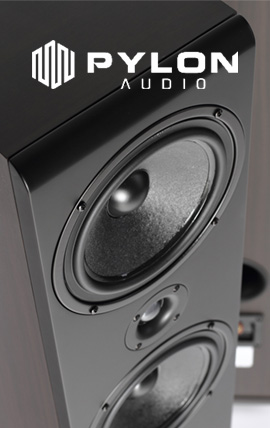